Propositin P is an example of many taxes put on St. Louis County by St. Louis City 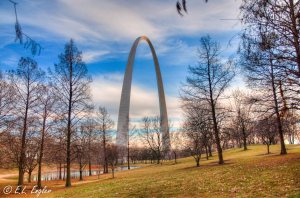 The St. Louis Tea Party in conjunction with St. Louis County Republicans have established a committee named No on Prop P.

Last year the state legislature passed enabling legislation for St. Charles, St. Louis County and St. Louis City to vote on a 3/16 of a cent sales tax awarding  40% to local parks, 30% to Great Rivers Greenway and 30% to City Arch River Project.  St. Louis County must pass the tax increase or the vote is voided in St. Louis City.

St. Charles County has opted out of the tax increase.  St. Charles County Executive Steve Ehlmann testified for informational purposes at the committee meeting in Jefferson City that cities could redirect tax payer money from the sales tax for unrelated development projects.  Ehlmann is quoted in the Post Dispatch, “When people go to the ballot box and they vote on a tax increase, they need to be assured all the money goes where it is suppose to go).

St. Charles County Council did not allow the sales tax to be brought forward.  County Council Republican Joe Brazil was quoted in the St. Louis Beacon “Whenever they need money for a bond issue (the City and St. Louis County) they come running over to us”.  He was further quoted “If you want to be a metropolitan community it needs to go both ways.  Not just when you need something.)

What Councilman Brazil was referring to was the city earnings tax.  Residents of Saint Charles and St. Louis County pay 1% of their wages to St. Louis City for the privilege of working in the city.  St. Louis County already contributes tax money for the following institutions, Zoo, Art Museum, Science Center, Botanical Garden and the History Museum.  Yet residents of the city are not charged an earnings tax when they are employed in the surrounding counties.  Regionalism needs to be reciprocal.

The No on Prop P committee is a grassroots effort to defeat Prop P in St. Louis County.  County taxpayers will finance roughly ¾ of the funding for Great Rivers Greenway and City Arch River Project.  City voters will more than likely support the tax.  A city alderman advised me confidentially that the city would be foolish to vote down improvements paid for primarily by county residents.   This tax is one further step closer to a city/county merger.